Welcome back to another week of Comacan Questions, this week we spoke with a magazine within the skateboarding community. Skateboarding Magazines have become increasingly popular and import as ever in spreading the stoke from local brands to artists to pro skateboarders to musicians and bands. These magazines are almost a highlight reel of some of the best parts and the core values within skateboarding and other communities. We are very proud to share this week’s interview with Don’t Waste Time Magazine. 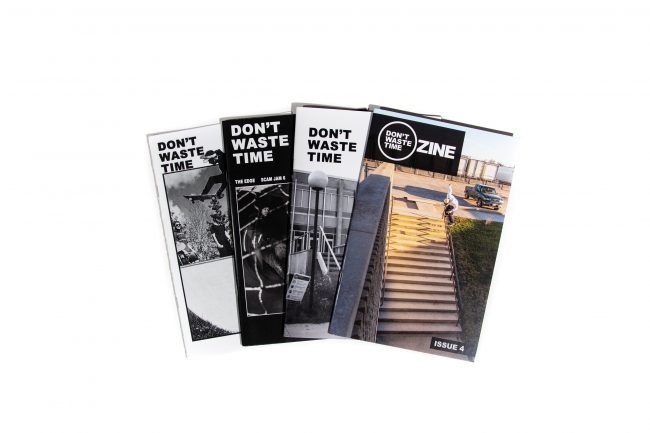 Why did you choose the name Don’t Waste Time Magazine?
I actually chose the name off a photo I shot under a bridge for the first issue. It didn’t have a ton of meaning behind it then, but over time it started to have a couple of meanings to me. First off, I’m the type of person who really likes to be busy, so in a more literal sense, Don’t Waste Time is a reminder to stay productive. Simply, I like to get out and shoot as much as I can. I also want to be able to look back on these years when I’m older and be happy with what I got done, so shooting photos and capturing these years is super important to me. Lastly, security guards, old people and random haters are always going on about how skating is a waste of time, so the name is kind of a fuck you to those types of people haha.

How long have you run DWT Mag?
The first issue was December 2019 so about two and a half years.

What kind of content is included in your magazine?
The majority of the magazine is photo-based. I shoot 95% of the content, other than a small submissions section. There are also skate profiles, interviews, and editorials-the typical things you’d see in a skate mag. 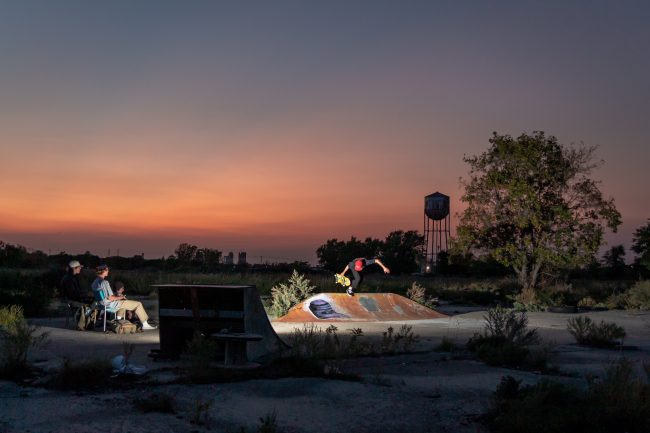 What else do you do with Don’t waste time? Do you sell other products?
Yeah, so last year around this time I started putting out little clothing drops. It’s definitely something that I enjoy doing, and it’s something that helps the mag stay afloat, by providing funding for the issues. It’s always a blast thinking up the next drop and being able to work with artists and designers. To date, I’ve done a few sets of tees, a crewneck, skate wax, griptape, hats, keychains and stickers. All available at dontwastetime.ca 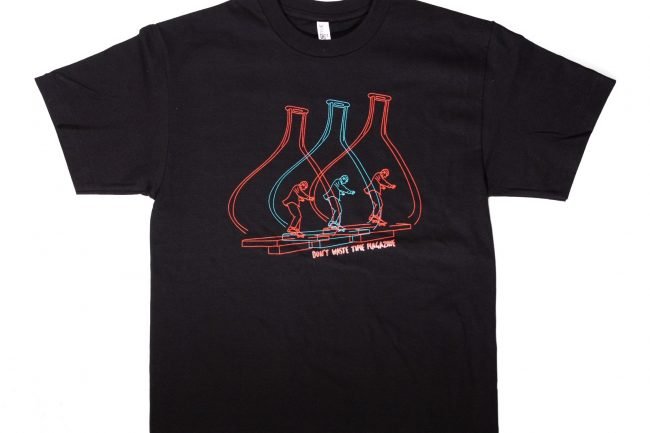 What was the motivation behind starting a magazine?
I’ve always been interested in photography, ever since I was a little kid. When I found skateboarding, I was almost immediately in love with it. A couple of years down the line I made the move to combine my two biggest interests, skating and photography. At the end of the year, I took my favourite photos and printed them in a little booklet. The plan was never to start a zine or magazine, it just sort of happened. I really liked the process of putting together the photos, so I kept doing it. Starting with little zines back then, and now printing higher quality mags, it’s pretty cool to see it evolve over the years.

Where are copies available?
Copies are available online at dontwastetime.ca, by DM @dwtskatemag or from about 35 skate shops across the world. There’s info about where DWT is stocked on the site. 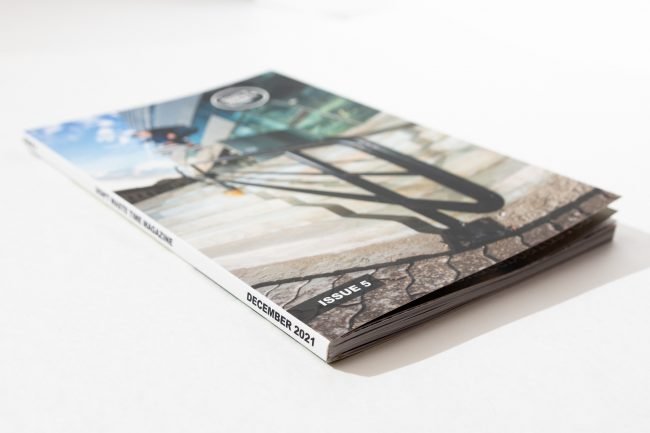 How can people get involved?
As I said, there’s a submissions section in each issue. The main goal of DWT is to promote skating so if you have an idea for an article, photo, or want to submit your own work, I fully back it. I hope in the future skating continues to grow, and I want to help it move in that direction in any way I can. I’m all about supporting the smaller companies and am definitely down to promo your projects, whether it’s on social media, in an article, or in an ad in the mag.

What does skateboarding mean to you?
To me skateboarding is more than just a hobby, sport, or mode of transportation, it’s an art form, a lifestyle and a culture that is unlike anything else. Skateboarding is all about having a good time but in many cases, there’s a clear purpose to it. To me, that’s what makes it special. There are a ton of challenges, in learning and progressing in skating but at the same time, there are great times just chilling at the park with some friends. It’s a great balance that pushes you to do better and enjoy the process at the same time. For me, my role in skating is less on the actual skating side, even though I get out and skate almost every day. I think my place is to capture all the moments, from the battles of filming a street part to chilling with the homies after getting the trick, and everything in between. 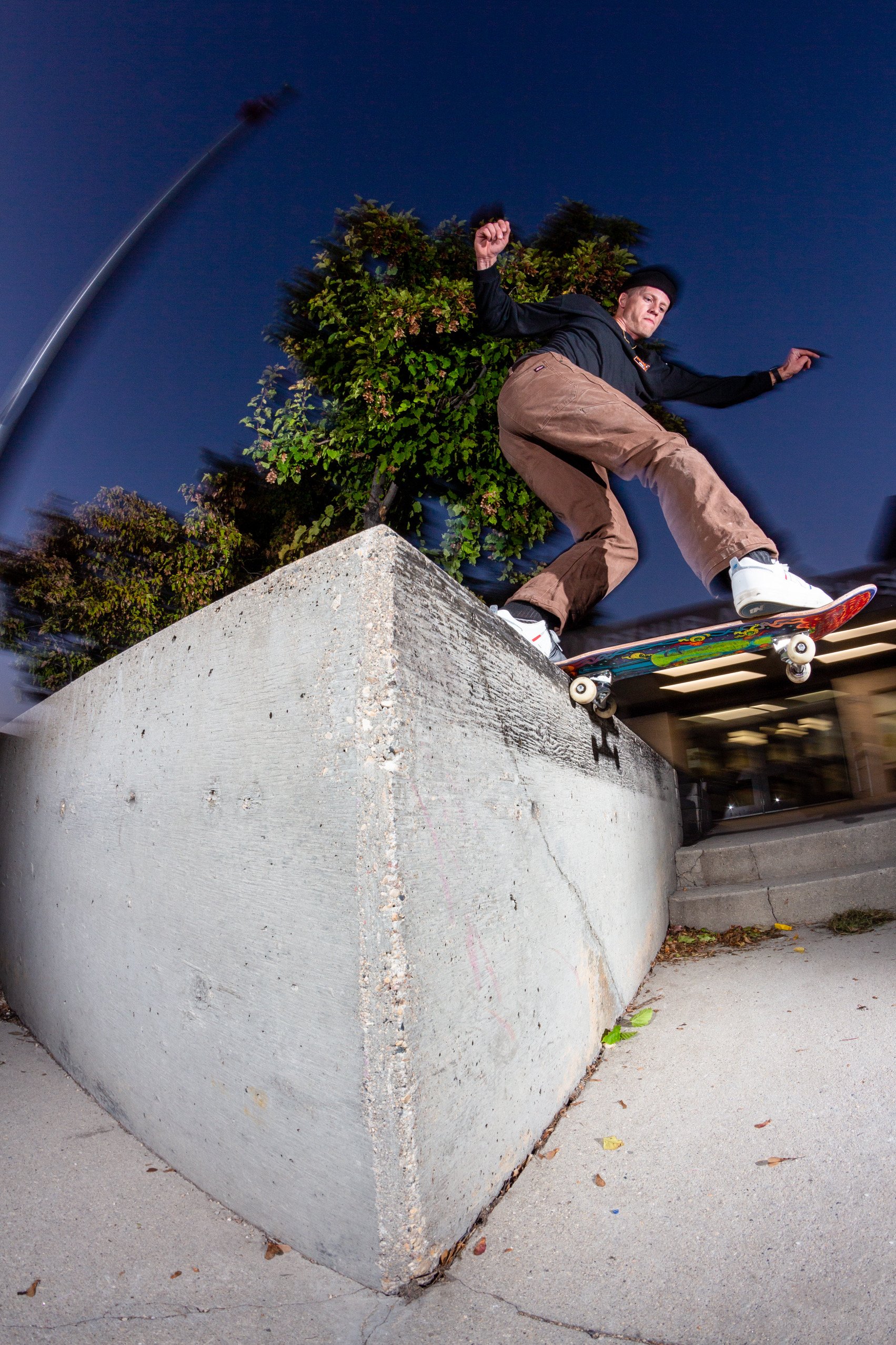 What’s your dream with DWT Mag?
The mag has already gone further than I’d ever imagined and I’m so grateful for everyone who has helped. In the future, I want to continue to hold events, go on trips, shoot photos, film videos, work on clothing and issues and grow the brand. A lot of my goals are just related to scaling existing projects. The point of the mag is to promote skate culture so simply, the more people I reach the better. Skating truly changed my life, and I know many who would say the same. The mag’s purpose is to spread that to others in hopes of growing the culture. I have lots of plans for some new stuff coming in the fall. It’s pretty different than what the mag has been to date, so I have to keep it under wraps for now, but rest assured, I’ve got some killer plans for the future.

Anyone you’d like to thank?
From skate shops who stocked my issues and clothing, brands who bought ad space, homies who are down to shoot with me, filmers who capture the scene, people who have given me feedback and advice, friends like yourself who have helped me reach new people, other photographers, and mags I’ve used as inspiration, and those who have supported the mag, I have so many people to thank. 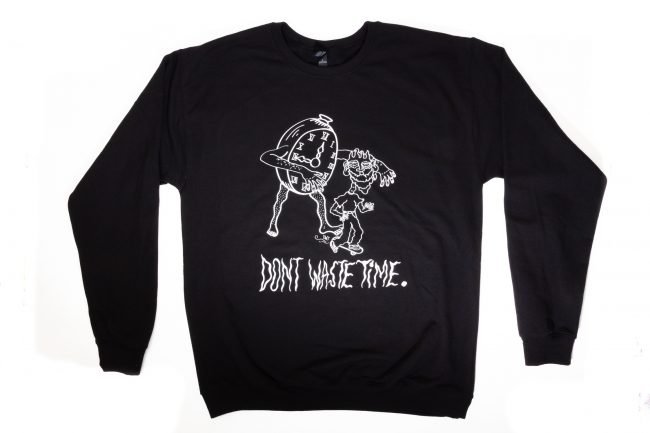